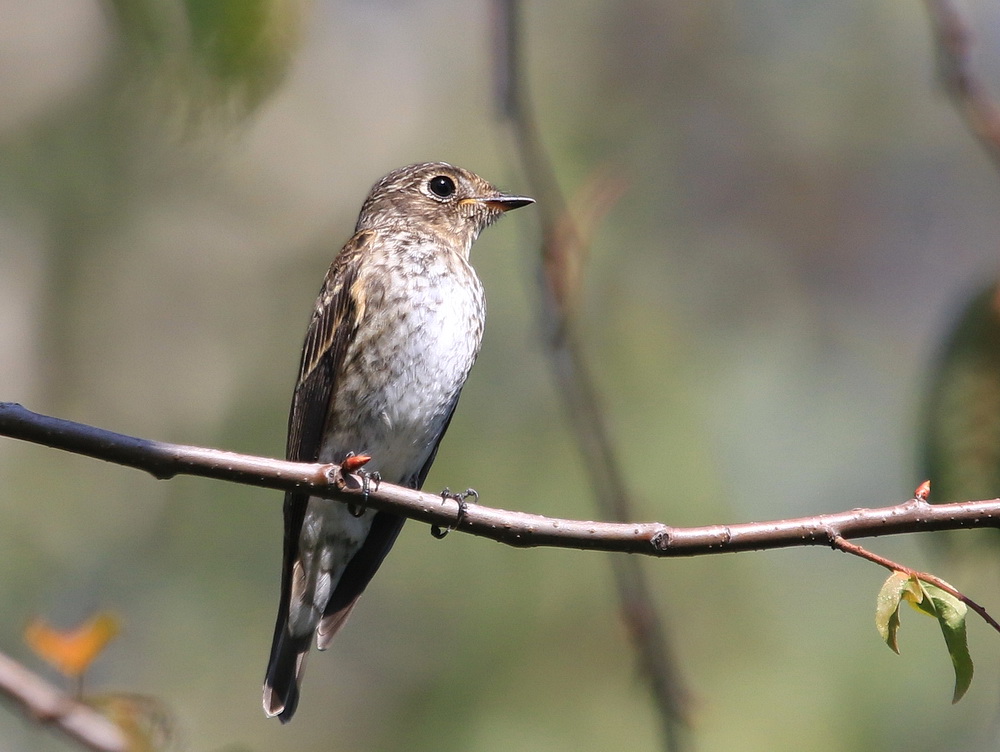 Day 2. Trip to Olkhon island (220 km). The first part of the road runs the Tanzheran Steppe. We make our first stop for birding close to little steppe lakes. It is typical habitat in this area: the middle grass open steppe with little lakes. Our goals in this spot are Richard's Pipit, Eastern Buzzard, Upland Buzzard. The Rook of eastern subspecies (pastinator) which is numerous bird in steppe is really special one and merits attention of birdwatchers.

Next stop for birding we do in the last third of the way, close to the Baikal lake cost. In this area dry steppes alternate with mountain Larch forests, the shallow salty lakes are located in depressions between rocks. Here we watch Horned Larks, and late migrants of Long-toed, Rufous-necked, Little and other Stints. Also we have a big chance to watch Booted Eagles. And in villages our goal is Daurian Jackdaw.

In evening we cross the gulf of Baikal lake by the ferry. Then we have dinner in camping in Yalga village, and spending night in same place. Target birds of the day are Richard's Pipit, Booted Eagle, Upland Buzzard, Daurian Jackdaw.

Day 3. Olkhon island. In early morning we go to watch birds in gulf. There are sand spit, a little marshy spot, and typical sheer cliffs of Baikal coast. Here we watch Mogolian Gull, Red-breasted Merganser, Rufous-necked Stint, Hill Pigeon, Pied Wheatear, Yellow-browed Warbler, Northern Wheatear, Daurian Redstart, and perhaps, Pin-tailed Snipe, Grey-tailed Tattler, and Peregrine Falcon. Birds in gulf are quite numerous. After the breakfast we go inside of island, where we will watch birds in very special and intersting habitat, the light larch forest with dense bushes, in which there are Meadow Bunting, Taiga Flycatcher, Willow Tit, Eurasian Hobby, Eurasian Sparrowhawk.

Afternoon we go to back way to Irkutsk. After cross th gulf by ferry, we make stop for birding in Elantsy village, where we will watch birds of bushes in foothills. There are Azure Tit, Dusky Warbler, Pine Bunting, Daurian Redstart. Then we have lunch in Elantsy, then go Irkutsk non-stop. Spending the night in Irkutsk. Target birds of the day: Meadow Bunting, Pine Bunting, Red-breasted Merganser, Azure Tit, Dusky Warbler.

Day 4. Irkutsk, Novo Leninskie marshes. Yellow-breasted Bunting is one of important bird of the tour, which became very rare in all of its breeding range. Marshes surrounding of Irkutsk are one of the few spots in the world where this Bunting is still quite numerous. This day we visit different parts of Novo Leninskie marshes. In addition to Yellow-breasted Bunting, the Eastern Marsh Harrier, Long-tailed Rosefinch, Dusky Warbler also are important birds for us in this location. Novo Leninskie Marshes is breeding spot of many water birds too, such as Black-necked Grebe, Great Crested Grebe, Mallard, Garganey, Common Pochard. All birds are not shy, therefore we have opportunity to make nice photos. Spending the night in hotel in Irkutsk. Target birds of day: Yellow-breasted Bunting, Eastern Marsh Harrier, Long-tailed Rosefinch. 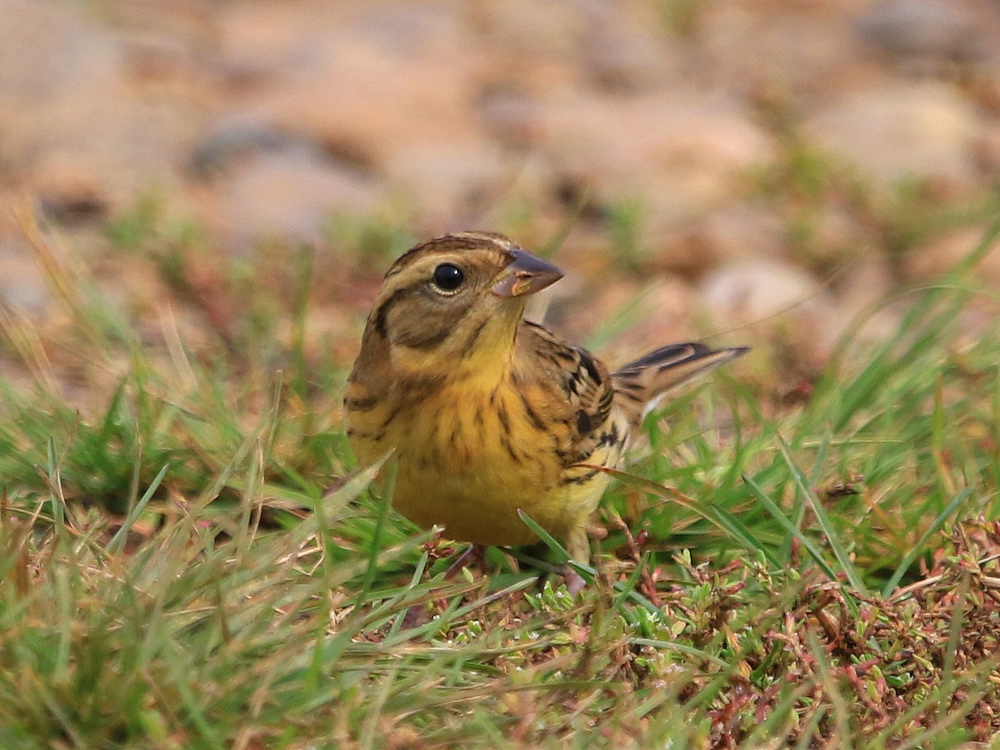 Day 5. Baikal Raylway. The rocky coast of Baikal covering by forest is habitat of birds which we watch this day morning. By the ferry we cross Angara river, and walk along the railway in coast of Baikal lake. The trip duration is 5 hours, leght of one way is 5 km. In Baikal port there are Barn Swalow (very special subspecies tytleri), very common White Wagtail (baicalensis subspecies), the colony of Hill Pigeon (which unfortunatly hybridizied with Feral Pigeon). In bushes and groves of deciduous trees the Daurian Redstart, Dusky Warbler, Taiga Flycatcher, Godlewsky's Bunting, Black-faced Bunting, Common Rosefinch live. Rocky coast of Baikal is the place where we have the biggest chance to find Chestnut-eared Bunting. Of the raptors we may watch Booted Eagle, Eastern Buzzard. In addition to birds the Baikal Seal is available in this spot. After the lunch in Listvjanka village, in back way yo Irkutsk we make stop for birding in marshy cost of Angara river in Bolshaya rechka village. In this spot always a lot of birds, mostly Gulls, Terns, Waders, and we always have a chance to view something rare. For example, Yellow-breasted Bunting or White-winged Scoter. Target birds of the day: Dusky Warbler, Godlewsky's Bunting, Black-faced Bunting, Barn Swallow (tytleri).

Kultuk village is located in south-east end of Baikal lake. Here, in the shallow gulf there is one of important points of watching to Waders. In the beginning of June we can see Grey-tailed Tattler, Rufous-necked Stint, Long-toed Stint and other shorebirds. In the wet meadows Yellow-breasted Bunting nests. From Kultuk we go to the walking trip along the railway to Angasolskaya station. The max lenght of trip is 7 km one way, however everyone can choose an own suitable distance. We will looking for Godlewski's Bunting and Chestnut Bunting in the bushes and trees.

Afternoon we go to Snezhnaya (means Snowy) camping, which is located in foothills of Khamar-Daban ridge. In evening we watch birds in camping vicinity. Here, just in territory of camping we have oportunity to watch Song and Eyebrowed Thrushes, Daurian Redstart. Target birds of the day: Pallas's Leaf Warbler, Buff-bellied Pipit, Siberian Rubythroat, Chestnut Bunting. 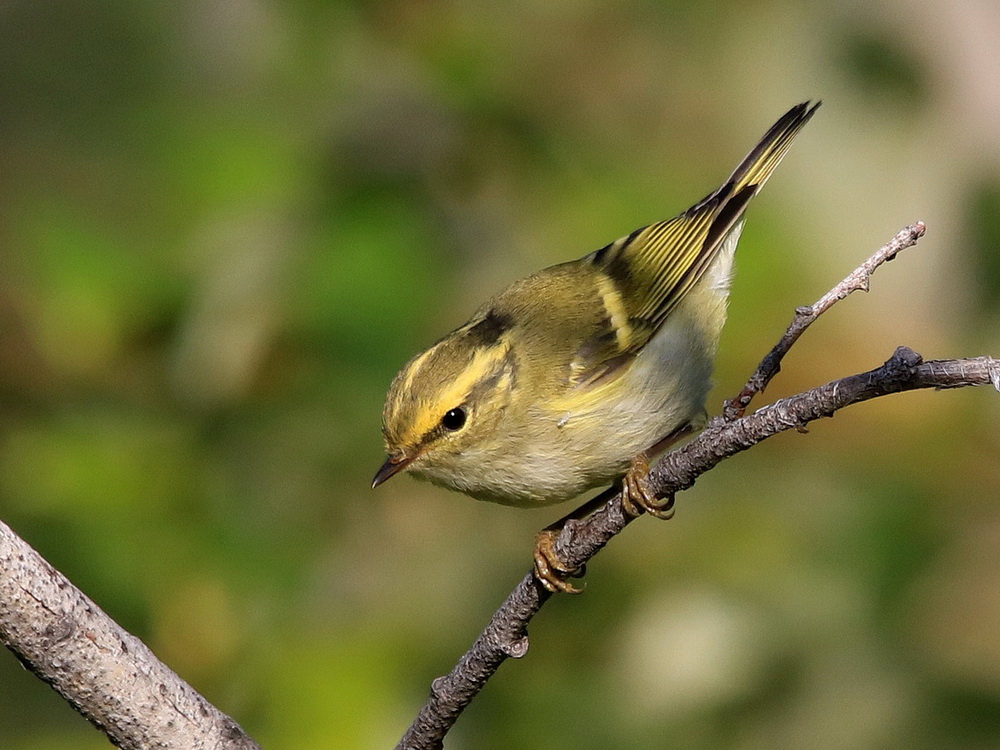 Day 7. "Snezhnaya" (means Snowy) camping, Khamar-Daban. The name of camping is same of name of rive, in coast of which camping is located. River Snowy is fourth by the volume of water brought to Baikal. River go down from the slope of Khamar-Daban dense covered by forest. In early morning we watch birds in camping area, then before and after lunch we walk by special trails. In the deciduous forest we watch Eyebrowed Thrush, Black-faced Bunting, Mugimaki Flycatcher, Song Thrush. Among the deciduous trees threr are very tall Cedar Trees, in which we watch Hawfinch, Eurasian Jay (brandti subspecies), also we have a chance to find the rare birds such as Siberian Thrush and White-throated Needletail. Target birds of the day: Eyebrowed Thrush, Red-flanked Bluetail, Mugimaki Flycatcher, Black-faced Bunting.

Day 8. Before lunch we repeat trips of previous day (to make what we didn't do yesterday) or visit new spots which we didn't visit yesterday. If the participants who can make hiking is present, they can visit highlands (1100-1200 m) where in coniferous forest there are Pine Grosbeak, Baikal Bullfinch, Red-throated Thrush, Northern Hazelhen. After the lunch we leave the camping and go to the Selenga river mouth, Posolskoe village (155 km). In evenig we meet sandy spits of Baikal coast and mouth of Selenga. Spending the night in Posolskoe. 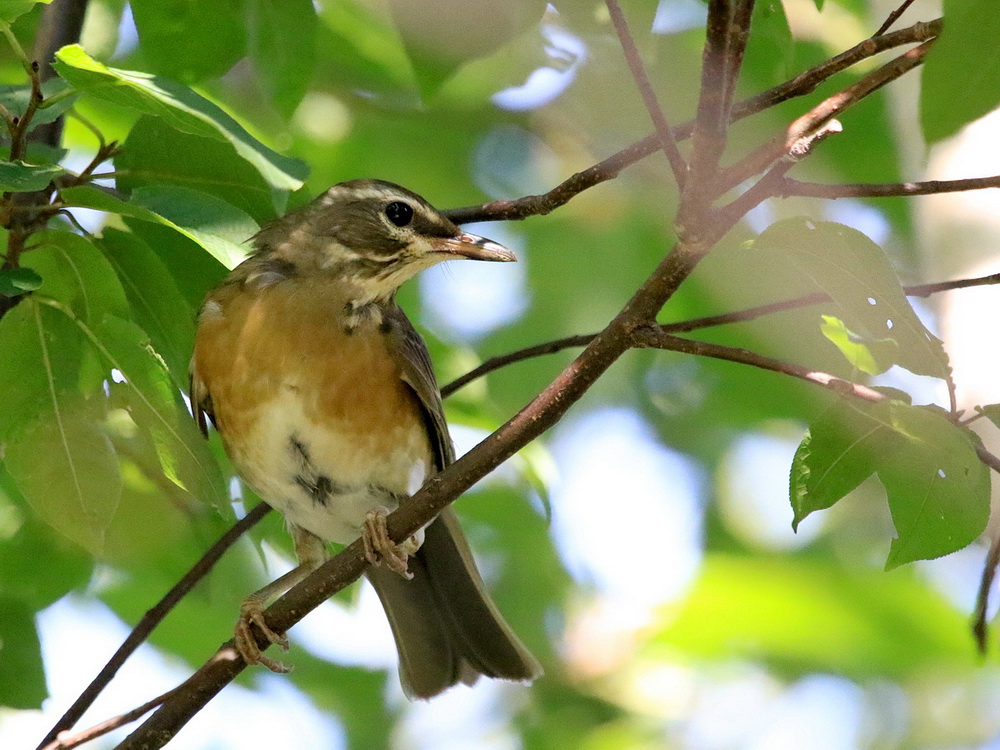 Day 9. Day of detaild exploration of Selenga delta. Selenga is the main sourse of water of Baikal, giving half of inflow of water to the lake. Selenga mostly flows in Mongolia, rest part in Buryatia. A huge volume of water brings a lot of sand and silt, which settle in mouth of Selenga. It's a reason of presence of many water birds, among which the rare but regularly breeding Chinese Spot-billed Duck, Asiatic Dowitcher, White-winged Scoter, Grey-tailed Tattler, Swinhoe's Snipe, Far Eastern Curlew may be watched. In spring migration the Rufous-necked Stint, Long-toed Stint, Pin-tailed Snipe are common. In addition to water birds we also watch Pacific Swift, Richard's and Blyth's Pipits, Azure-winged Magpie. In late migration the single Arctic, Yellow-browed and Pallas's Leaf Warblers may be observed. Spending the night in Posolskoe village. Target birds of the day: Asiatic Dowitcher, Swinhoe's Snipe, Pacific Swift, Azure-winged Magpie.

Day 10. Day of detaild exploration of Selenga delta. Selenga is the main sourse of water of Baikal, giving half of inflow of water to the lake. Selenga mostly flows in Mongolia, rest part in Buryatia. A huge volume of water brings a lot of sand and silt, which settle in mouth of Selenga. It's a reason of presence of many water birds, among which the rare but regularly breeding Chinese Spot-billed Duck, Asiatic Dowitcher, White-winged Scoter, Grey-tailed Tattler, Swinhoe's Snipe, Far Eastern Curlew may be watched. In spring migration the Rufous-necked Stint, Long-toed Stint, Pin-tailed Snipe are common. In addition to water birds we also watch Pacific Swift, Richard's and Blyth's Pipits, Azure-winged Magpie. In late migration the single Arctic, Yellow-browed and Pallas's Leaf Warblers may be observed. Spending the night in Posolskoe village. Target birds of the day: Asiatic Dowitcher, Swinhoe's Snipe, Pacific Swift, Azure-winged Magpie. 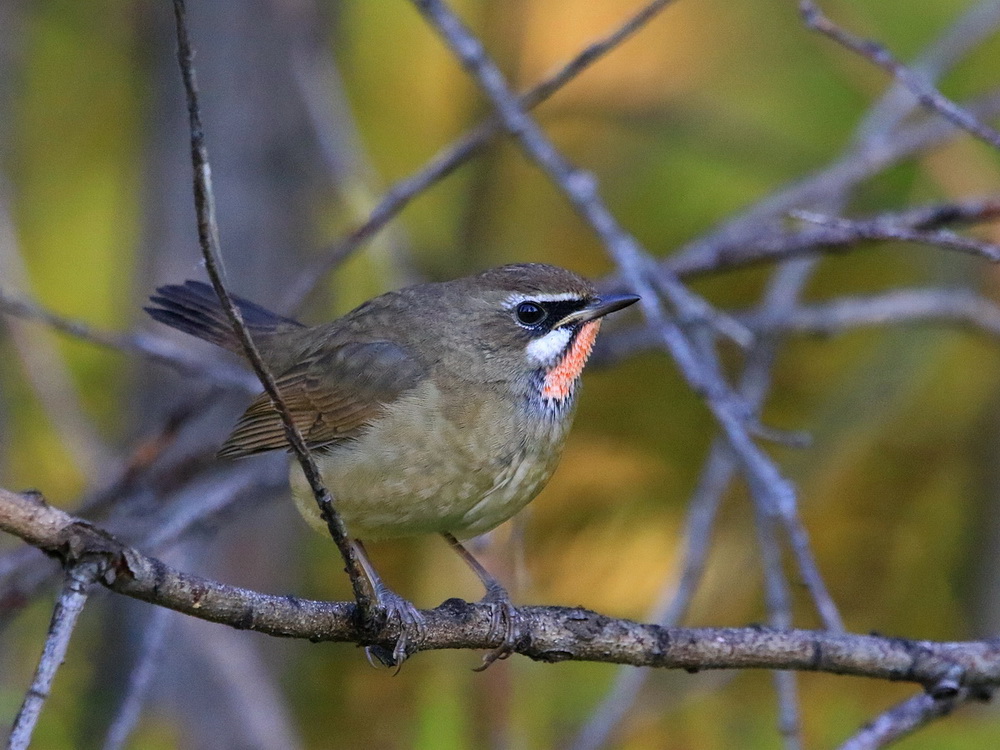 General Information. The Bailal lake area is characterized by the huge nimber of sunny days (in average about 300 days in year are sunny). First half of the summer usually is very dry and very warm, average dayly temperture is +20+25C, nightly one is +10C. Travellers need to have warm clothing based in lowest temperature od +10C (sweater, hat, jacket). You need waterproof shose for hiking in forest. There are no special requirements for the tour in terms of health risks and physical shape. There are several walk trips with lenght up to 15 km, and one climbing trip with an elevation range up to 1000 m, but all of these trips are not obligatory for all, the participation in these trips at will. All accommodations are in city hotels and touristic campings. Local cuisine is Russian and Buryatian (similar to Chinese Baozi), not spicy. Group size is from 4 to 10 participants.

Probably the northernmost record of this species in Yakutia. 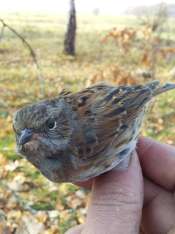 The first record in the Altai Kray.

The easternmost record of a vagrant in Siberia.